Getting involved in ‘Break the Chain’ fortnight of action

Break the Chain  – a fortnight of action

Contributing to the broader anti-fracking movement

Resistance to the fracking industry in the UK has been powerful, widespread and rooted in local communities for the last six years.  This resistance is growing and many groups have already been mounting actions against the supply chain since Cuadrilla began their fracking operations this January 2017.

As part of this wider movement, Reclaim the Power is mobilising its own networks for the Break the Chain fortnight of action. We’d also love to work with existing groups who are already planning actions of their own or new groups who would like to get involved.  We can provide support on action planning and media work. We ask that any one interested have a read of the Action Consensus and get in touch with info@reclaimthepower.org.uk . 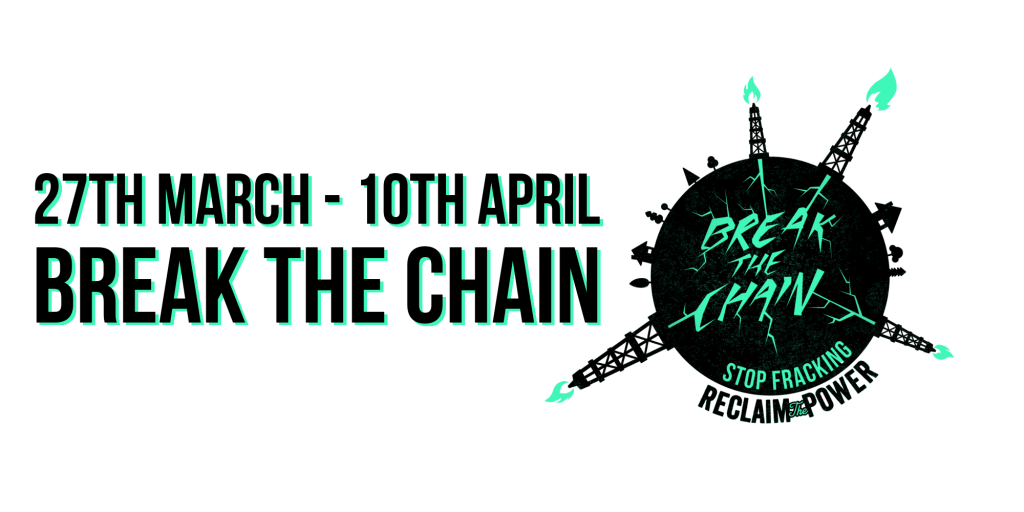