In solidarity with communities blighted by opencast coal mines in the UK and across the world, Reclaim the Power is participating in a series of actions against Aberthaw power station in South Wales.

With a rolling series of actions, enacted sequentially rather than all at once, we can increase the pressure on RWE. Reclaim the Power affinity groups from across the country can take part in actions against RWE and Aberthaw, in the name of the national group without needing to consent the whole network, given that they follow this action agreement.

We respect that movements are diverse and we chose to adopt different tactics in different circumstances. In this case our action agreement has been created in a spirit of respect for the local community campaigners and the wider Reclaim the Power network.

Affinity groups need to create and maintain a shared understanding of their own actions, the expectations of the group and the best interest of the overall campaign. They are responsible for ensuring that the messages that we wish to convey to RWE, the wider public and the government are communicated. 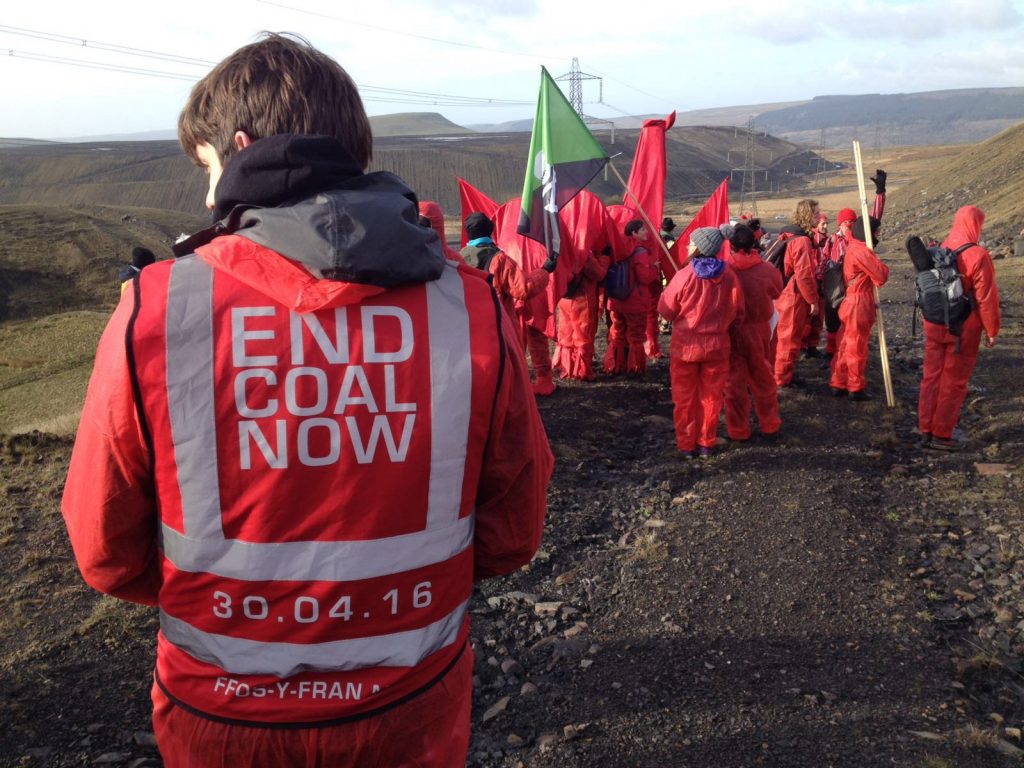 There are a number of sites where actions could be taken. Therefore this agreement is not site specific.

The main message is: Shut Aberthaw!

Other messaging is down to individual affinity groups.

Suggested examples could include:
1) phase out all coal in the UK before 2025
2) stop opencast mining in South Wales and the whole of the UK
3) not a single death from poor air is acceptable
4) solidarity with activists and local people in Russia and Colombia, from where coal is likely to come if Aberthaw stops burning Welsh coal but keeps operating
5) this is part of a global movement to take us away from unsustainable fuels
6) stop large scale biomass burning
7) this is our submission to the coal phase out consultation (if actions are taken before 1st February 2017)

On our actions, we will behave in a calm and cool-headed way, we will not escalate the situation to violence.

Everyone is welcome regardless of whether they have experience of protests or not.
Safety will be our top priority. We will be well-prepared to enter any sites safely, and will ask drivers to turn off their vehicles. We take responsibility within our affinity groups for the success of this action, and for supporting each other.  People under the influence of drugs or alcohol will not be welcome to participate.

We understand that office, power station and mine workers rely on their jobs to provide for themselves and their families. We will treat workers with dignity and respect at all times.  Our issues are with the company, the bosses and the government. Our demand is not only to leave fossil fuels in the ground, in South Wales and elsewhere, but also for the creation of rewarding employment opportunities for all, in an economy which respects our planet and all its inhabitants, now and in the future.

Climate change will impact everyone. From floods to droughts, from hurricanes to the melting polar ice, extreme weather is already wrecking environments, homes and lives. We intend our action to be in solidarity with people already on the front line of climate change.