One arrest made at St Brides blockade, 2 more expected. More to follow… 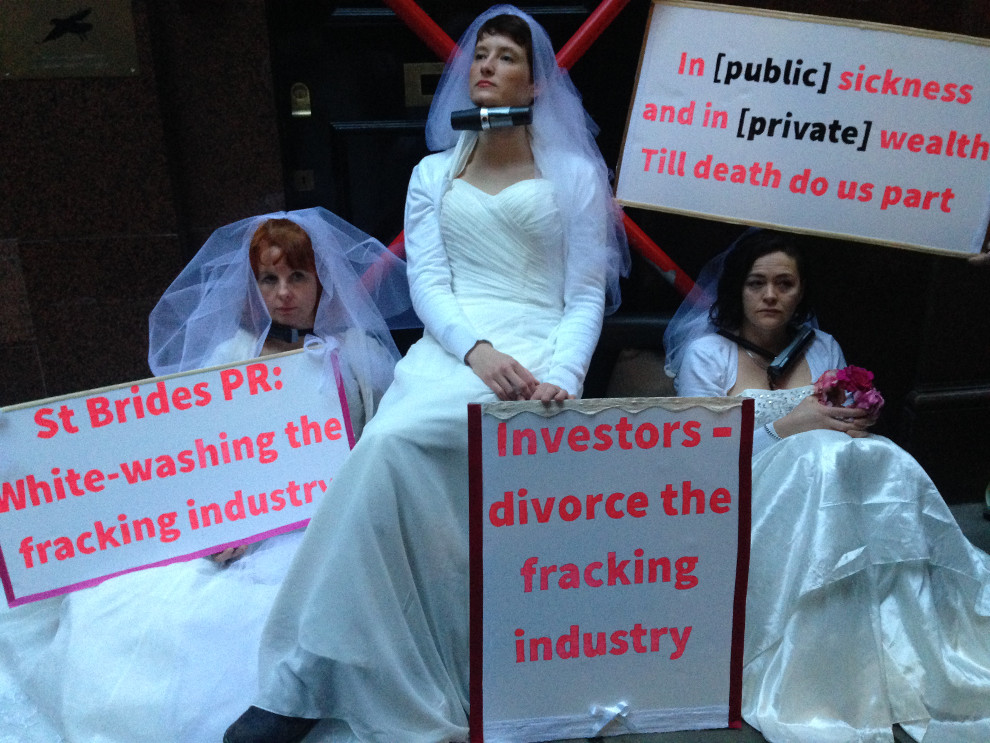 The group staged a ‘marriage’ between St Brides and the fracking companies they represent and locked themselves to the door of the company office. St Brides’ CEO and partners were prevented from entering the offices, stopping them from promoting and selling shares in three unconventional oil gas projects around the UK.
Hannah Dow, who today was locked by her neck to the door of St Brides offices said:

“Financial PR firms that are wedded to the fracking industry are locking the UK into a toxic marriage that funds dangerous and unwanted unconventional oil and gas in the UK.

This is not an industry that will support the health of our communities and that’s why local people have prevented fracking from taking off in the UK for the last 6 years. We’re gathered here today to witness a company representing projects for the richer not the poorer and we’re calling on St Brides to divorce companies intent on ignoring public concerns around unconventional oil and gas extraction.”

Fracking clients of St Brides include Europa Oil and Gas PLC, a company that has been attempting to drill near Brockham in Surrey since 2009 [2], as well as pursuing failed attempts to get planning permission for an oil and gas ‘mini-frack’ at a site near Scunthorpe in North East Lincolnshire [3]. St Brides also promote shares for Cluff Natural Resources who are pushing licenses in Underground Coal Gasification across the UK.

“These corporations are losing the fight for public licence to drill in the UK so they are desperate use companies like St Brides to clean up their image – but wedding bells aren’t going to chime today because firms like St Brides won’t get a chance to fund fracking on our watch.” 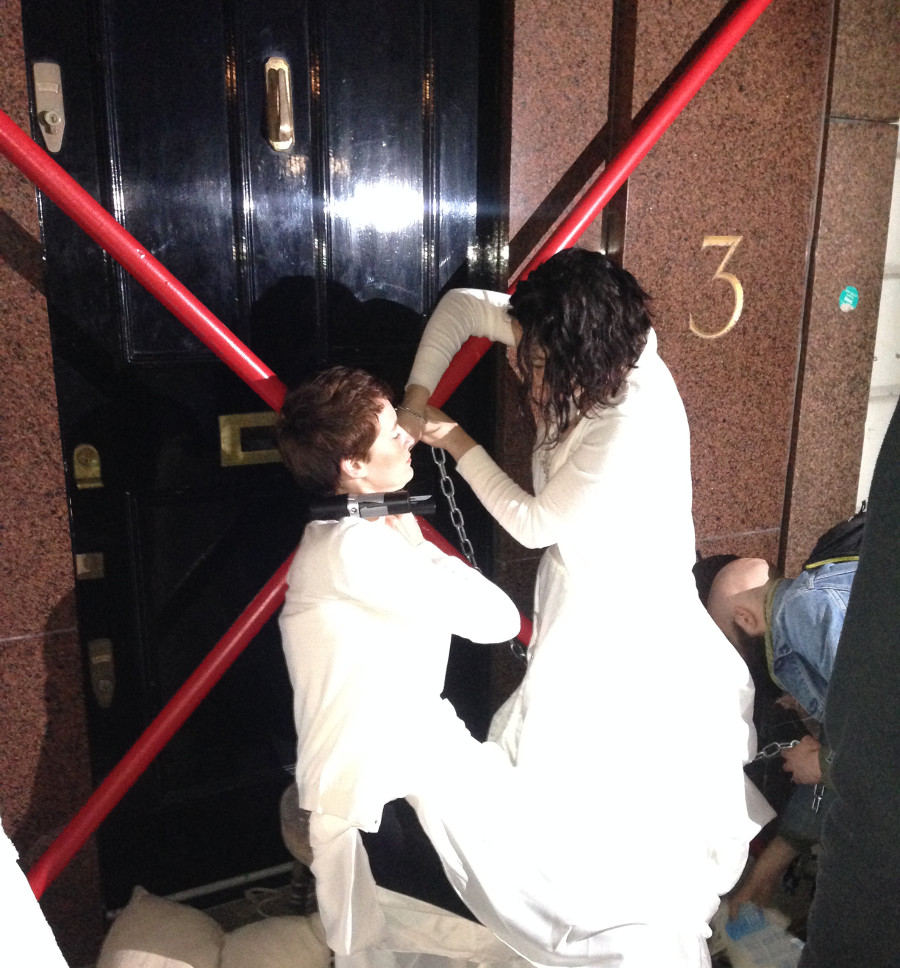 At least four companies in the fracking supply chain have already pulled out after public pressure [4]. Protests by locals have also been taking place every day at one of the proposed fracking sites in Lancashire, slowing and often halting Cuadrilla’s work to prepare the site for drilling [5]. Surveys have shown that public opposition to fracking is far higher than support, with just 18% supporting [6].