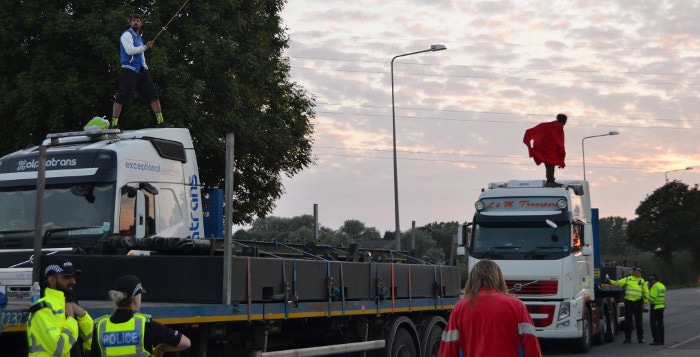 We’re shocked and saddened to see four anti-frackers given jail sentences for their truck protest against Cuadrilla’s frack site during the Rolling Resistance month of action in July 2017.

We”ll be writing more here soon, but for now here’s how you can support the four defendants:

The sentencing proceedings began on 25 September 2018 (covered by The Guardian, and Drill or Drop).