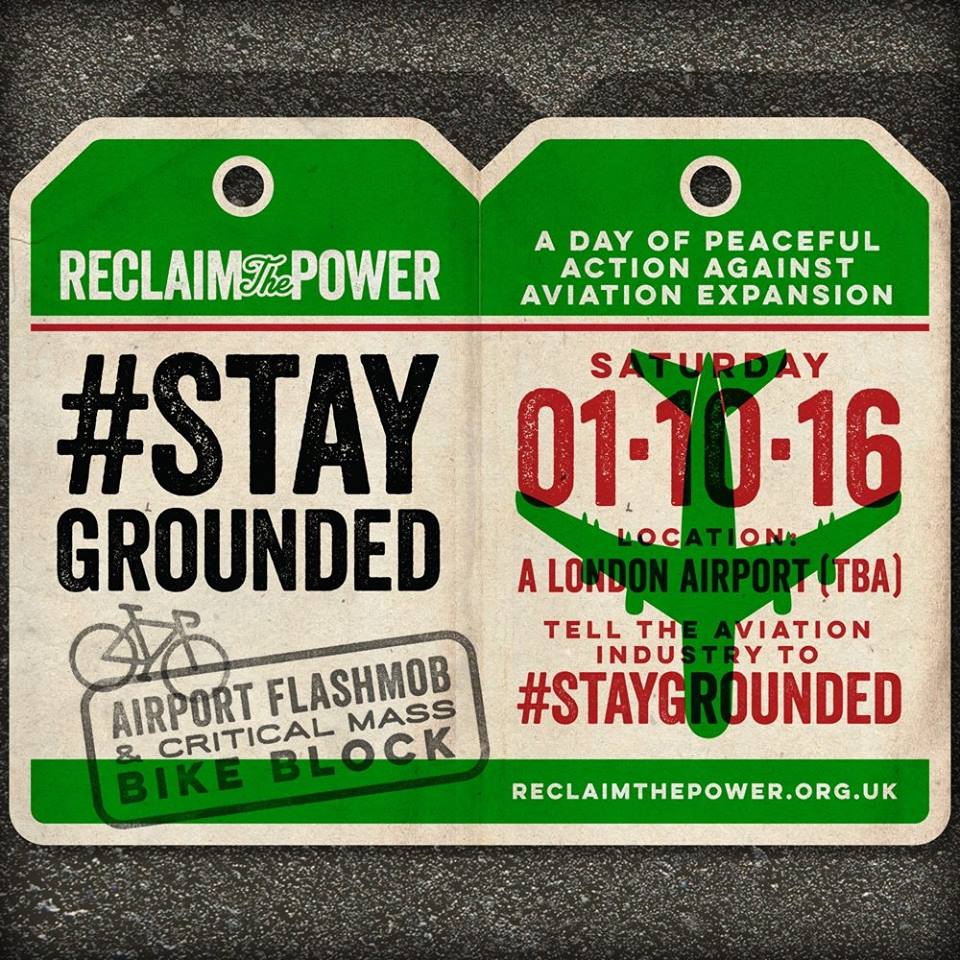 (The following Action Consensus was agreed by consensus at Reclaim the Power’s national gathering in June 2016.)

On Saturday 1st October 2016, Reclaim the Power is hosting a mass day of action (including a flashmob and critical mass bike ride) principally at Heathrow Airport.

The invitation to join is open to anyone who can envision a cleaner, fairer future beyond fossil fuels, and who wants to take action to stop the expansion of airports across the UK and around the world.

This action agreement has been drawn up to set safe parameters for this mass action, and outline our collective intentions and responsibilities for the day. It has has been created in a spirit of respect for local community campaigners (in the UK and further afield) who we are supporting, and acting in solidarity with.

We respect that movements are diverse and we all choose to adopt different tactics in different circumstances. However, we ask that all affinity groups abide by this action consensus however they choose to participate in this event.