If courts won’t stop the third runway, people will. 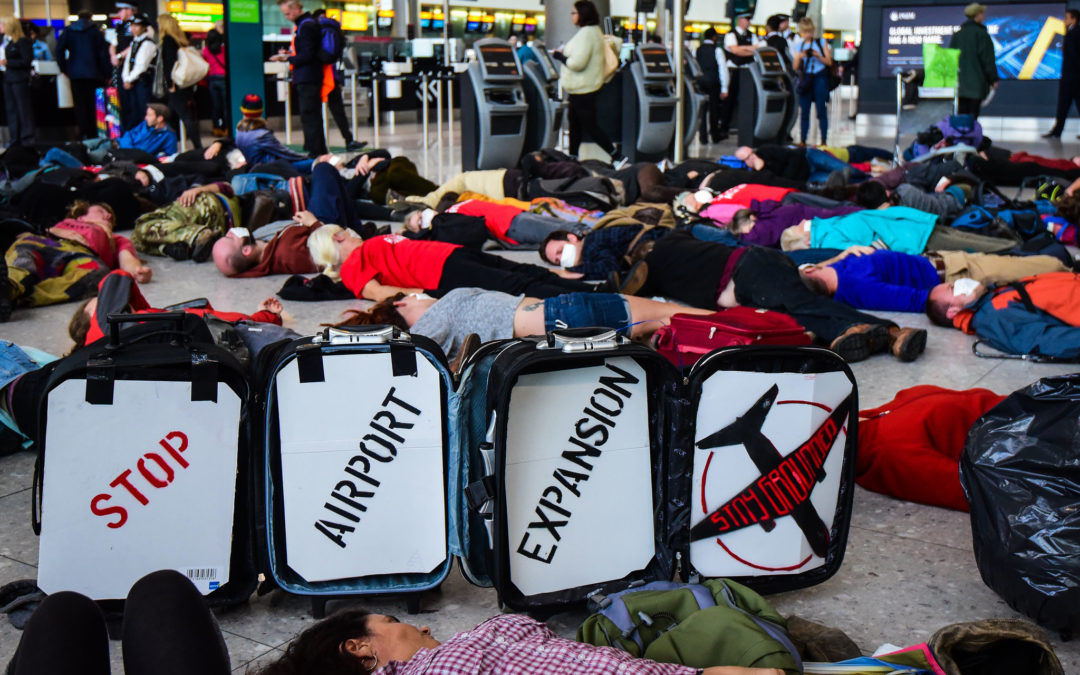 In 2015, just two weeks after the Paris climate agreement was put into place, the UK government exposed their disregard for the climate, and the lives of people around the world, by approving a third runway at Heathrow Airport.

Five years later, the runway still isn’t built, but after being disarmed by a complicated legal intervention, the runway is back on track after a supreme court ruling today.

But the runway simply cannot go ahead. Aviation has consistently been cited as one of the fastest growing source of global emissions,  and this unnecessary polluting project would see the third runway produce the same yearly emissions as the entirety of Kenya. Dressed up as a boost for the economy, the project would mark a disaster move for the climate, and ultimately only serve the 15% of people who take 70% of flights.

In less than a year, the government is set to host the UN COP26 climate summit in Glasgow. Any development of this runway would be a nauseating hypocrisy to their self-proclaimed title as a climate world leader. The development would only further contribute to their scorecard as one of the world’s biggest polluters, with a dark history of consistently inflicting colonial extractivism and disproportionate climate impacts on communities from Bangladesh to Brazil. The runway would also render the UK government’s commitment to go Net Zero by 2050 completely infeasible, though perhaps that says more about the true worth of the commitment than its implications for the runway.

Its development would also require the complete demolition of the entire village of Harmondsworth, and the destruction of homes and livelihoods across two more. A runway set to serve frequent flights to second homes for some, would mean others are removed from generations of their family history and in some cases the resting places of family members, though I can tell you for free that many of local residents will not be going without a fight.

The project is classist, the project is racist, and ultimately the project will still be stopped. In 2015 Boris Johnson once boldly claimed he’d lie down in front of the bulldozers to stop the expansion of the airport, a promise he repeated with a bit less enthusiasm in 2019. But even if he won’t, there are always many more people who will.

People have consistently blockaded and disrupted this project. Occupying the airport, shutting down the runway, and storming the roof of parliament.  The local community have never wavered in the fight for their homes and at the same time, a disruptive climate movement has grown bigger, bolder and it’s more effective. We’ve seen an explosive birth of the youth strikers and a rise in mass civil disobedience.  A tenacious anti-fracking movement brought the fledgling industry crumbling to its knees, and activists continue to occupy protection camps against gas projects and road development sites as I type.

More importantly, our movements are also growing more considered. The shockwaves of the pandemic were eased for many through local mutual aid organising. Acts of active compassion for people they might normally have brushed past in the street mean for some the last 12 months have been a crash course in the need for, and effectiveness of, practical solidarity. The spike in a Black Lives Matter movement brought new consciousness for many people on issues that have rattled the core and fueled the activism of many others for years. Beyond our local communities, the same solidarity and anti-racist action means ensuring that the UK’s destructive trail of extractivism and pollution around the world is halted immediately.

With more people waking up to that fact, there are genuine swathes of hope in the solidarity that continues to grow in our organising. And in combining that with our movement’s refined flex for shutting down infrastructure, ruling or no ruling, the runway doesn’t stand a chance.