Bye bye Drax! A win for the movement 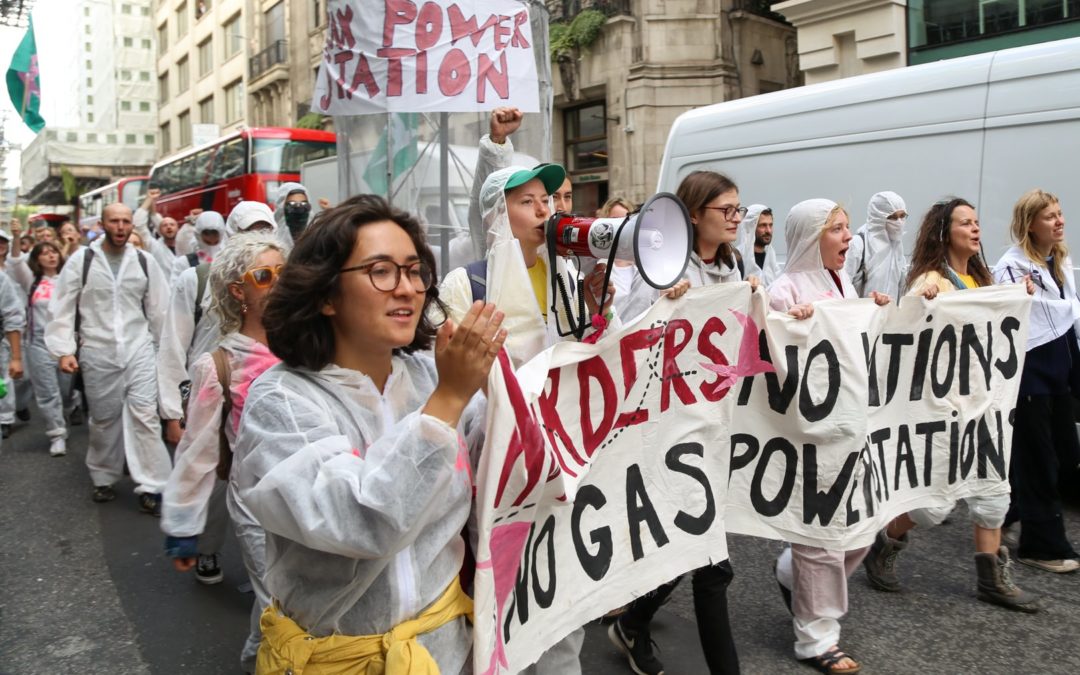 In 2019 we came together at mass action camp Power Beyond Borders to say no to Drax’s plans to build the UK’s biggest gas fired power station. This would have been a disaster for the climate, locking us into using planet-wrecking fossil fuels for decades to come.

And today we won! After sustained pressure from the movement and a multi stage high court legal challenge from ClientEarth, today Drax officially dropped plans for the power station.

This proves that we never needed new gas, and opens up space for a just transition to renewables that support people, not profit.

This victory is part of a long and important story. Fifteen years ago, hundreds of activists converged on Drax to take action against coal fired power, in an international wave of protests against the root causes of climate change. Decades of direct action and tireless campaigning by literally thousands of people since have generated a unique political climate. As a result, coal-use in electricity has declined to its lowest ever level, and the total phase-out of coal by 2025 may be brought forward to 2024.

As Britain’s biggest flagship power station it’s impossible that stopping the start of dirty new gas at Drax won’t have an impact on plans for gas powered electricity stations elsewhere. The collapse of Drax’s gas plans are a massive win for campaigners, and for the planet. ✊✊✊✊

Now we need to finish the job. Drax is no longer burning ALL the things, but it is still the UK’s single largest emitter of CO2, the world’s largest burner of trees to create electricity and making false claims (on the back of which it is asking for more public money) about “going carbon negative”.

Drax represents a centralised extractivist model of energy generation that we need to get away from for a just transition to a livable future. Whether it’s coal, gas or wood being burned, we simply need to stop putting CO2 into the atmosphere.

Gas power plants and pipelines are being resisted by communities across the world – from the TAP pipeline in Italy to new LNG in Mozambique. Most of these are funded and planned by UK and European fossil fuel companies and banks. Check out the work of the Gastivist Network to find out more.

To get involved with Reclaim the Power come along to our next gathering, happening online on Saturday 6th March. Info on Facebook here.