Anti-frackers put fracking sand suppliers Sibelco on notice and say, ‘We’ll be back’﻿ 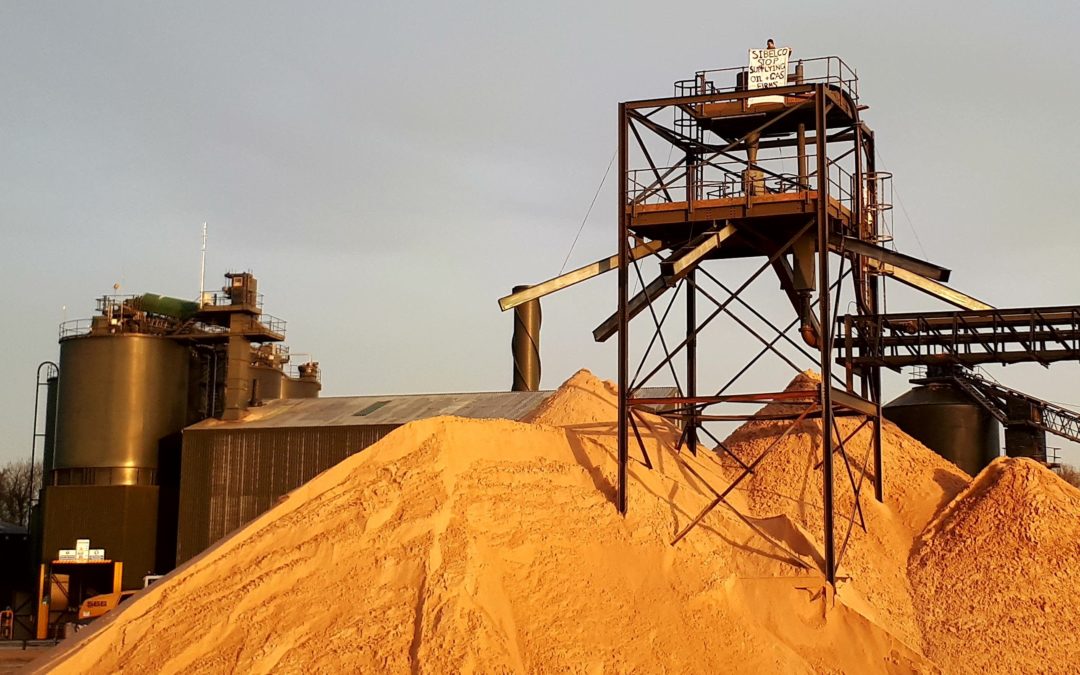 CHESHIRE, UK – Anti-fracking network Reclaim the Power [1] today entered Sibelco quarry near Congleton.  They scaled scaffolding at the quarry and held a banner saying, ‘Sibelco, Stop Supplying Oil + Gas Firms’.  Sibelco is the world’s largest producer of hydraulic fracturing sands, through its subsidiary Unimin Energy Solutions in the US, and also currently produces UNIFRAC® Hydraulic Fracturing Sands in four European countries (Belgium, France, Russia and UK). Sibelco supplied Cuadrilla Resources (PDF) with frac sand for its ill-fated Preese Hall‐1 well in from quarries in Cheshire and seems likely to continue to do so.[2]

Sally Farmer who was at the quarry said:

‘Sibelco must come clean as to the scale of its involvement in the oil and gas industry, specifically in the UK. The fact that Sibelco claims to be a company championing sustainability is a scandal on an immense scale when across the globe, every year sees a new record set for fossil fuel usage. Our climate is in crisis and we our in the 6th mass extinction event in the earth’s history. Sibelco should respect both science and the generations that will inherit this planet and ditch its customers in the fossil fuel industry. If Sibelco continues to put profit before people and planet, then action against them as a company will continue into the future.’