Activists have blockaded the Preston New Road fracking site in Lancashire on the day that fracking is due to begin for the first time in the UK for seven years.

Activists have blockaded the Preston New Road fracking site in Lancashire on the day that fracking is due to begin for the first time in the UK for seven years.

The group from Reclaim the Power blockaded the site with a van during the early hours from 4.30am this morning. A scaffold structure was erected on top with a banner reading “Stop The Start. Don’t Frack the Climate” 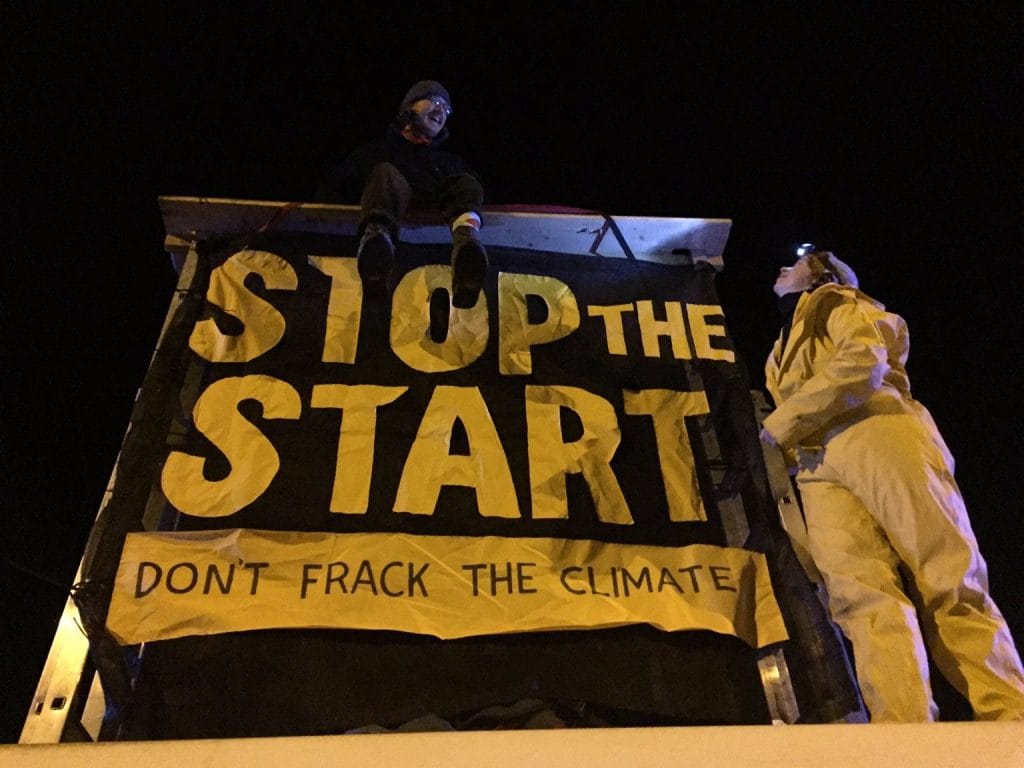 The group said the action was to prevent the start of fracking and in response to the government’s ‘Green Great Britain Week’.

“Today the government have launched their “Green Great Britain” week – a tokenistic attempt to hide a series of climate wrecking decisions such as expanding Heathrow airport and forcing fracking on the local communities.

After repeated delays, Cuadrilla had announced that fracking would commence over the weekend, after a legal intervention by local campaigner was dismissed. However their operations were halted again by extreme weather conditions during Storm Callum.

The action followed a call out from local residents for supporters to visit the site as fracking is due to commence. Around 40 people gathered in front of the blockade as it took position and could be heard cheering and chanting. More are expected to join throughout the morning.

Henry Owen, one of the people locked on, said:

“Claire Perry has referred to the opposition to fracking as a ‘travelling circus’, but the only joke here is Cuadrilla and the government thinking that fracking at Preston New Road is a win for the industry.

There’s no way that these companies will reach their requirements of thousands of wells when a single site has been met by this much local and national resistance. Fracking at Preston New Road is just a desperate attempt to snatch profit and save face as the industry dies. We know we’re winning and across the UK more people are still saying no to fracking”.

A report by Cardiff Business School concluded that about 6100 medium productivity wells would be required to cut gas imports by 50% from 2021-2035.

The blockade comes just weeks after three men were the first anti-fracking campaigners to be given a custodial sentence for a protest at the same site in July 2017. An appeal for their sentencing will be heard at the Royal Court of Justice on Wednesday 17th October. 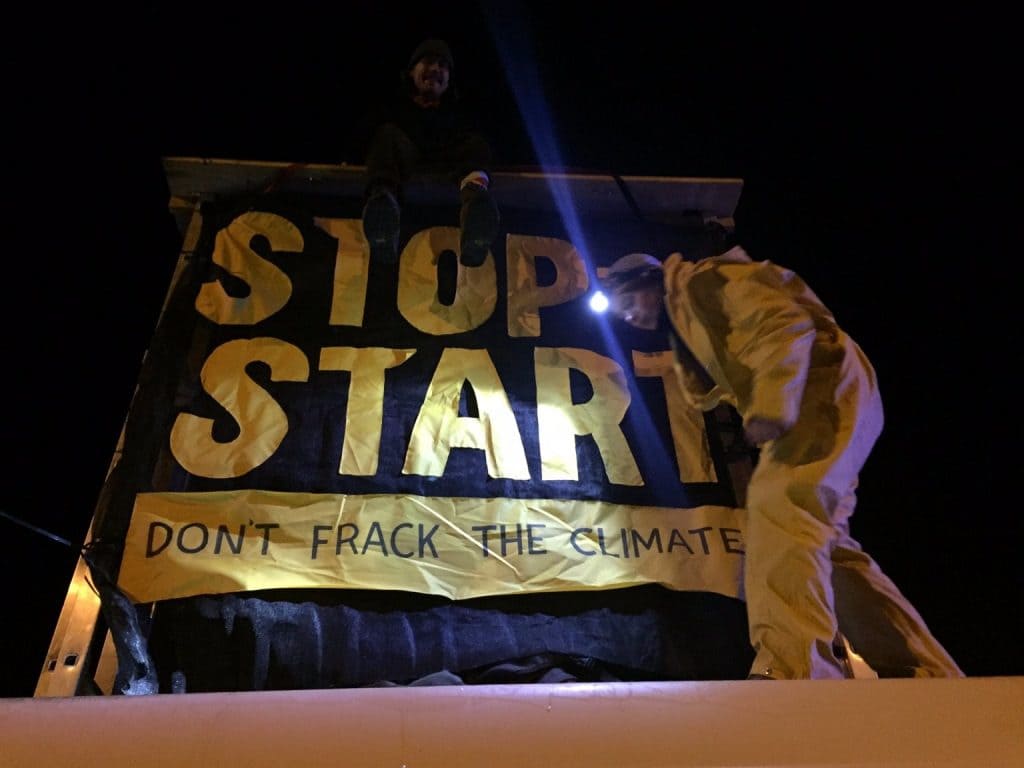