Fracking in Lancashire // Background // Written May 2017

In October 2016, the government in Westminster overturned local decisions to block fracking in Lancashire, granting Cuadrilla the rights to what could be the first commercial-scale fracking site in the UK.

But the fight is not over yet.

Since Cuadrilla first arrived in Blackpool in 2011 and earthquakes caused by the test drilling raised concerns and sparked further research, local resistance has grown and grown. Tireless petitioning, legal work and community building has thwarted Cuadrillas attempts for over 6 years. Since work started in January 2017, people have been at the roadside every day, and putting their bodies on the line to stop construction of the site. 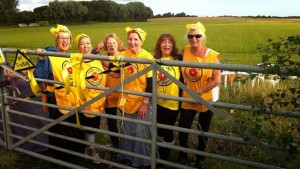 A local group of anti-fracking protesters in Lancashire

We know that fracking is consistently opposed by the public, and that renewables have overwhelming support. We know that a safe climate future means no new fossil fuel projects. Across Europe, powerful social movements have secured government bans on fracking in France, Ireland and Bulgaria and moratoriums in Holland, Germany, Austria and some Spanish regions, while the industry has packed up and left Poland, Romania and elsewhere. With Welsh and Scottish governments also opposed to fracking (both have moratoriums), England represents one of the last places where the industry is still trying to gain a foothold.

The fight for a safe energy future is on, and together we can help make it happen.

All eyes are on this first commercial-scale fracking project in Lancashire and how much resistance it meets. This sets an example to the rest of the dirty industry, their investors and the government about what kind of future we want. Join us, in solidarity with the people of Lancashire, to keep the drills out of the ground and for a clean energy future.